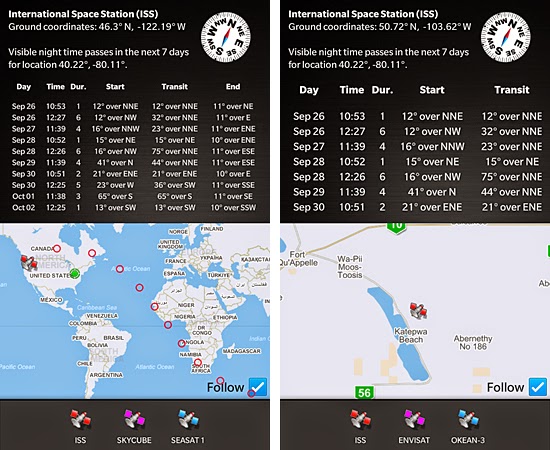 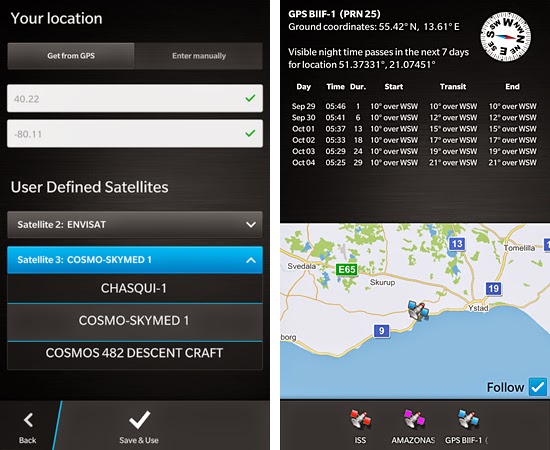 Did you know that the ISS (International Space Station) is one of the brightest and most spectacular object in the night sky? In favourable conditions its brightness (up to -4 Mag.) exceeds that of the brightest star (Sirius) and even the brightest planet (Venus), sometimes even by up to 8-16 times when the ISS produces flares as sunlight glints off its reflective surfaces - so it often becomes the third brightest object in our sky, after the Sun and the Moon. Many other satellites are also bright enough to be seen with the naked eye, so each of them is a great target for sky watchers.

Satellites orbit the Earth at very high speeds so they pass over one's location many times a day but they are visible only in certain conditions: when the sky is dark enough not to outshine them, and the Sun is not too low under the horizon for its light to still reach the satellite and get reflected by it. This means that satellites can be seen usually only shortly after the sunset or before the sunrise, and it only takes them several minutes to cross the sky and disappear.

That's why a satellite tracker like this one can be of great help to localize them. Just launch this program, select satellites of your interest and get all details of their locations and visible passes updated in real time. 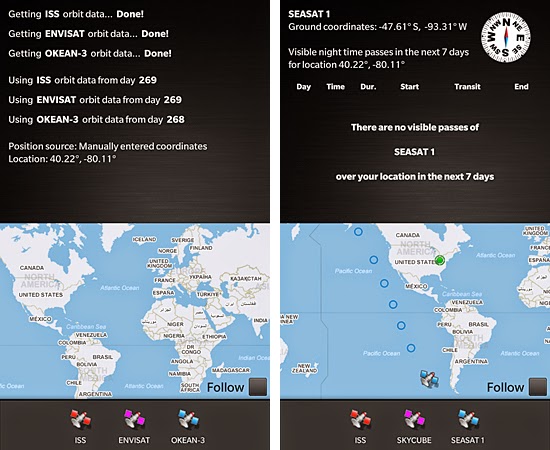 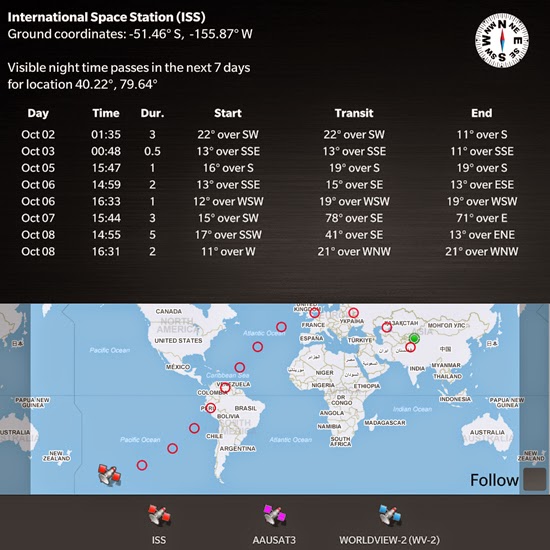 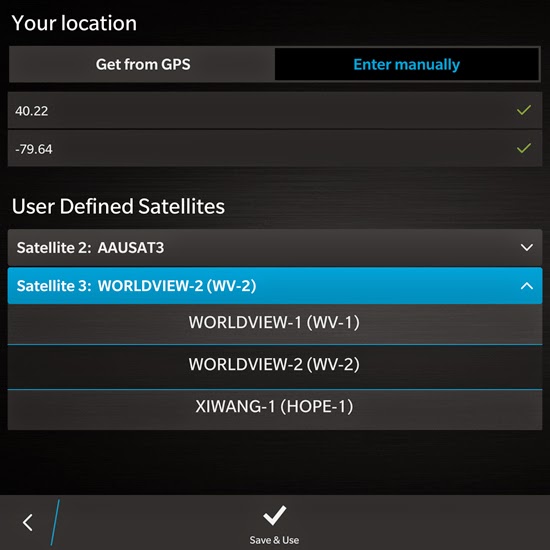